This is a multi-stage process. First, you have to create carnitas, and to do it right is super easy, but not very fast. Don't figure this time into your taquitos (or tacos variation, down below), or you'll be eating at 4am.

The simplest way to do this is take a pork shoulder, thawed, toss it in the crock pot fat-side up with a "Gilroy Approved" amount of garlic, a diced jalapeno, and a bunch of orange slices.

Do this in the morning.

Okay, now, late afternoon, while you're cooking something else, it's possibly good. No less than eight hours, no more than 16. Anywhere in the middle there is probably okay, with a sweet spot around 12 hours.

While still in its juices, shred the crap out of it. Then pick out meat, without draining the juice off of it, but also without ladling any extra, and put it into freezer safe bags.

These then get freezed. And when it is time for taquitos, out they come to thaw.

You'll fry this up with a little extra sugar to carmelize. Yes, I know that imparts unnecessary carbs, but we're talking a tiny amount - enough that it won't negatively impact your keto macros, though if you're trying to stay strictly Atkins super-low carb, perhaps omit this secret ingredient: San Pellegrino Prickly Pear & Orange soda. It's a perfectly southwestern and citrus mixture, and when carmelized, really hits the spot!

While that slowly fries, the next step is to get the cheeses together for the wrappers, and get the salsa ingredients together.

For taquitos, the salsa is simple: you toss everything into a blender and blend until smooth, then heat in a small saucepan on low as the goal is a good dipping sauce. For the taco variation, a chunky sauce is better, and there's a bit of a difference in the ingredients. I'll go over all three different kinds of salsas below in the actual directions.

For the assembly of the taquitos there's also two variations: spiced Mexican five cheese, and cheese duos. By this I mean, you can either blend the already blended Mexican four cheese with the fifth cheese - the amazing Cotija, or you can split them separate. I spice each differently, though when combining, I use both seasonings: Adobo (for the Cotija) and good ol' fashioned taco seasoning (for the Mexican four cheese)

What's wonderful is this blog is called "Carnitas Taquitos" but between the different salsas, different cheese combinations and that this is for both tacos and taquitos, there's theoretically like 18 different recipes in this page.

There's a few things to consider:

When making these as tacos, you can omit the dipping sauce and instead of blending, merely chop all the ingredients. I prefer to let the red onion pickle in the Key Lime juice before adding the diced Cape Gooseberries, then, shortly before serving, use herb scissors to trim in the cilantro.

The hard part with the tacos is getting the cheese to drape over and make "taco shells," so, I end up doing engineering experiments while the cheese is sitting on wax paper in the oven.

The taquitos version is way easier: you just drop the cheese in a frying pan on medium-high, and when the edges begin to bubble up then turn brown, you toss a line of carnitas meat across the bottom edge, and then roll it up tight, set aside and keep warm in an oven at a temp of around 130° F.

For taquitos, the best variation seems to be using the two different cheese variations in the same meal to both bring some contrast to the plate and to highlight the differences in taste - the Cotija variation is slightly saltier while the four cheese variation is slightly creamier. For the salsa, the blended green version - with the tomatillos - has become a household favorite. We used a version once with roasted chile peppers - it was actually leftovers from the Keto Green Chile Chicken Enchiladas recipe - and it was delightful.

I highly recommend if you're making tacos, you stick to the five cheese blend variation, and use the chunky salsa.

In all cases, these taste best with some wonderful keto sparkling margaritas. 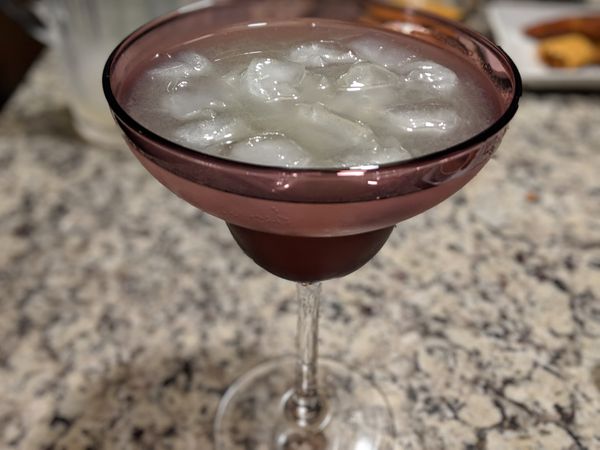 Simple pleasures are often missed when you're trying to stay keto. Like margaritas with your Mexican food. Well, fear not my friends! Enjoy about one single carb worth of amazingness. 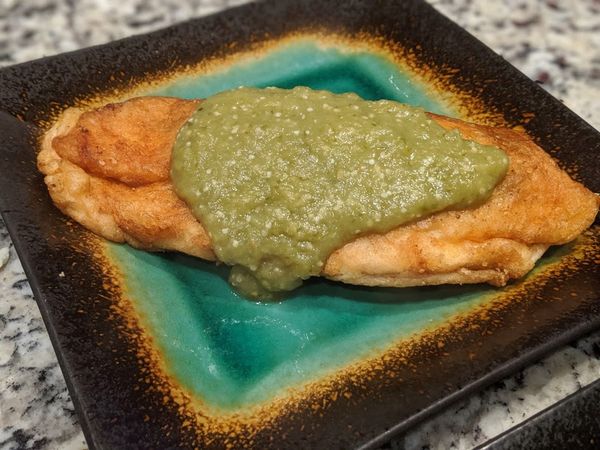 Growing up in California and now living in south Texas, Mexican food is more than just delicious, it's authentic and, well, a way of life. View this post on Instagram